Doji.co.uk is the UK's only marketplace exchange that lets people trade securely with each other to get the best prices for their tech.

Our goal is simple: to make it easy for you to buy and sell at better prices and promote sustainability.

Best Phones For Mobile Gaming
How Much Is My Phone Worth?
Understanding The Grading System For Refurbished Mobile Phones
How To Live More Sustainably

The Best Mobile Games Available On Android In 2022

It's 2022 and mobile gaming has taken the world by storm. There are more gamers playing on their phones and tablets than ever before, and the industry is bigger than ever. With so many great games to choose from, it can be hard to know which ones are worth your time. In this article, we will take a look at some of the best mobile games that are available in 2022. Whether you're a fan of strategy games, puzzle games, or action-packed shooters, we have something for everyone!

Best games for your Android device in 2022

Among Us has been an absolutely huge game since the start of the pandemic in 2020. Play this survival strategy game with a group of friends, or random online players. Your aim is to fix your spaceship and find your way home, but everything isn't as it seems! One, or two, or your crew mates aren't being as helpful as they seem. Trust no-one and route out the saboteur before they wipe out your whole team.

Super Auto Pets is a turn-based strategy game, build your team of animals and battle players online! Each animal has a completely different set of abilities, giving you special attacks or powers. Think strategically and rely on a little luck to overcome your rivals!

Charmingly simple RPG game, where you build your own farm and build relationships with the local residents of Stardew Valley. Grow crops, fish, or head off to the mines to gather some resources. This game is available on most platforms and has remained a firm favourite for years, but had a resurgence during the pandemic. The mixture of fun gameplay and pure escapism make it a must have for your android device.

This game made huge waves when it launched, it's effortlessly blends the world of Pokemon with our own lives. Walk to hatch eggs and catch Pokemon on your travels, AR allows you to see Pokemon in everyday settings and really immerse yourself. The game has over 500 Pokemon and allows you to form teams to battle raids, or battle 1v1 online.

Gwent was a popular mini game in the Witcher game series, a strategic turn-based card game where you attempt to clear the field of enemy combatants. Build your deck, collecting popular characters from the franchise, and battle other players with a mixture of quick decisions, luck, and bluffing. A must have game for Witcher fans and strategists.

Battle royal at its very best. Fortnite is a beautifully designed battle royal style shooter, drop in to the world of Fortnite and fight to be the last man standing in it's classic royal rumble mode. The game is constantly updated with fun new characters, giving you the option to style your own or even play as a marvel hero!

Downwell is a ridiculously fun, although slightly frustrating, game. Discover what's in the depths of the well as you plummet towards the bottom, with only your trusty shoes (don't worry they shoot lasers) to help slow your descent and defend yourself. With it's beautifully nostalgic design, this game is a must-have for fans of vintage games!

Rocket League has been adapted beautifully to this 2D mobile version. Shoot, jump, pass, and demolish your enemies in 1v1 or 2v2 matches online. This side-scrolling game is ridiculously fun, somehow encapsulating the mayhem of the console version into your android smart device. 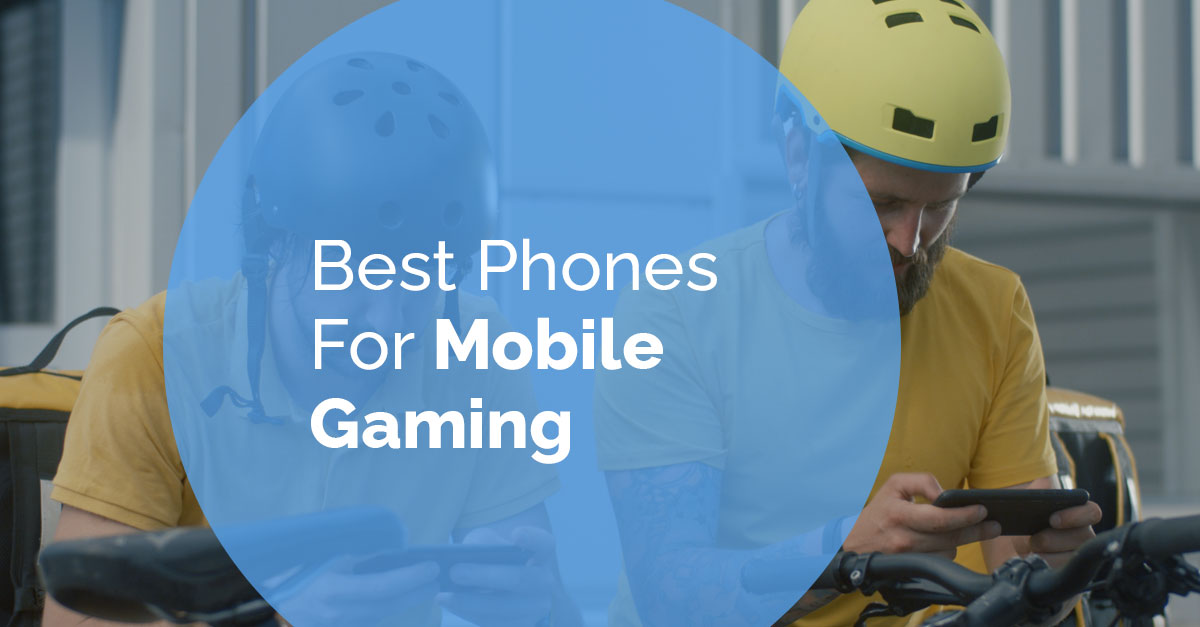 There are loads of options when it comes to mobile gaming and the market is ever expanding. To help narrow down your choices, we've selected a top 5. 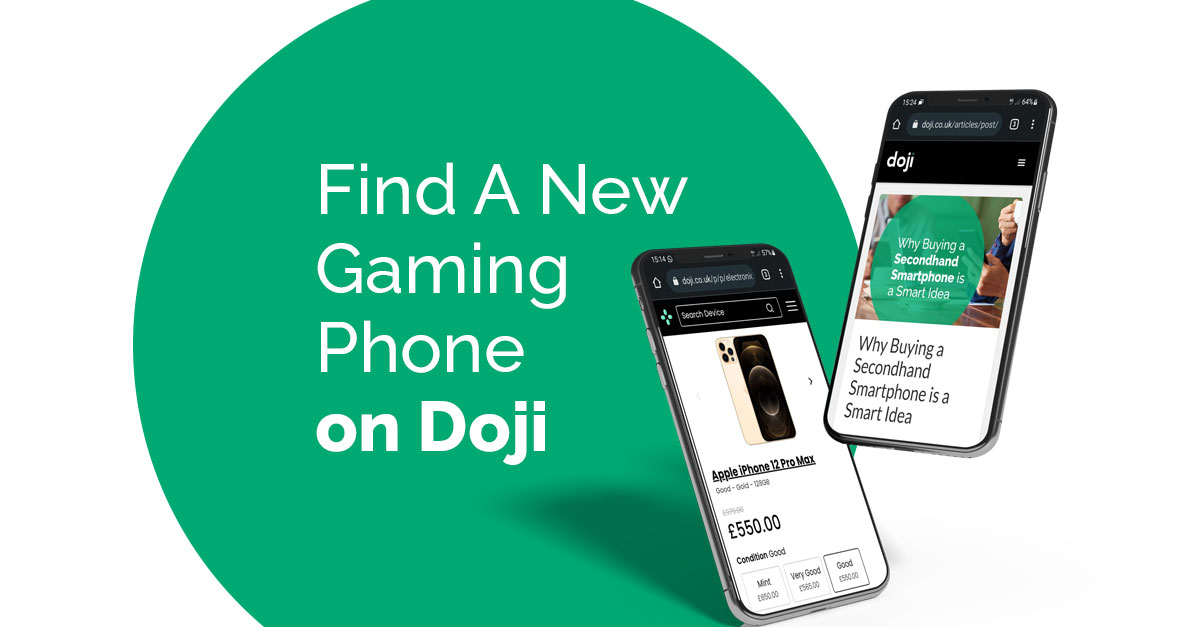 Looking for your next gaming phone? Well it doesn't have to cost all that much, with Doji you can find refurbished gaming mobiles at great prices!

Doji.co.uk is the UK's only marketplace exchange that lets people trade securely with each other to get the best prices for their tech.

Our goal is simple: to make it easy for you to buy and sell at better prices and promote sustainability.

Best Phones For Mobile Gaming
How Much Is My Phone Worth?
Understanding The Grading System For Refurbished Mobile Phones
How To Live More Sustainably